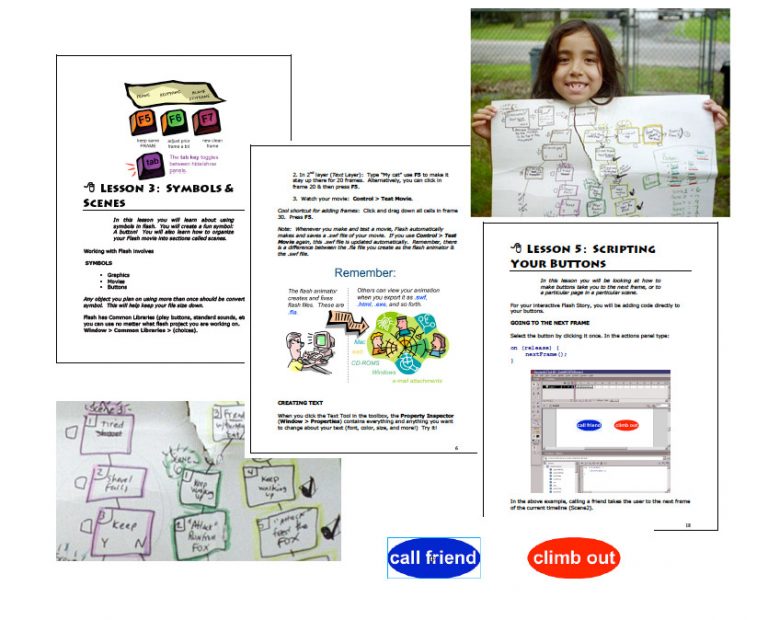 While looking for something entirely different, I stumbled across this old Multimedia Creation for Kids PDF (see below for a free copy) that I created in 2004 or 2005 and forgot all about. In the summer between 2nd and 4th grade (yes, that’s not a typo, and yes I’m proud), Jade diagrammed out an interactive story and coded it herself in Flash MX. While looking at her diagram on the oak tag paper, she caught a flaw in the flow amidst the branches. Apparently she had traced her finger down a story branch whereby the main character had picked up a shovel, but now she realized that other branches could have also led to this one — branches where the character did not pick up the shovel. She quickly addressed this oversight.

It’s only now that I realize how amazing and impressive this was that Jade was coding back then, but honestly she was coding prior to that. I used to volunteer and create e-Yearbooks with Flash, and it was nothing new to say, “Hey Jade, can you do some Flash for me?” In fact, it was Jade who came up with interactivity whereby when a user moused over a child’s face, you heard that child’s voice saying his or her name. Out of the mouths of babes, huh?

So here’s Jade with the storyboard she dictated to me: 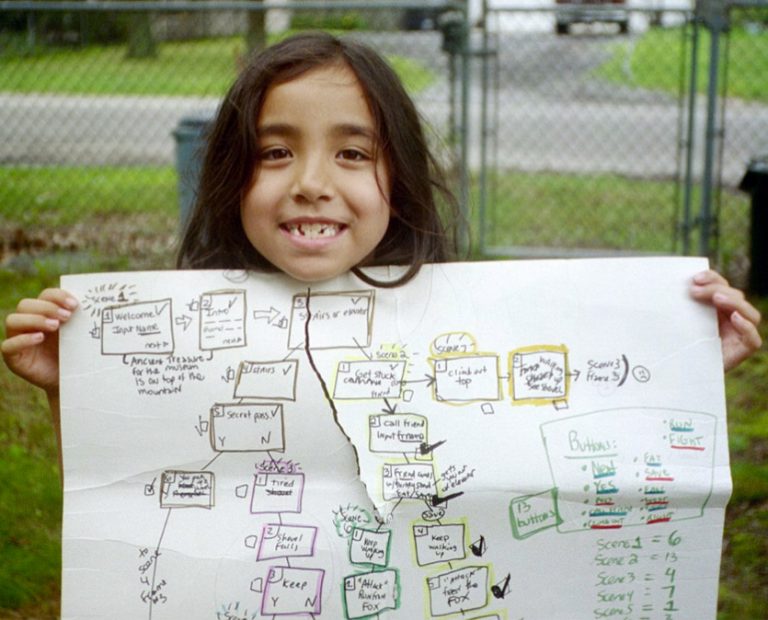 .. and here’s the actual Flash story she wrote and coded… give it a try:

I can be quoted as saying “If you could marry an application, I would marry Flash 5.”  Flash is an amazing program and I think part of the appeal to kids is that you can see things and you can code at the same time: 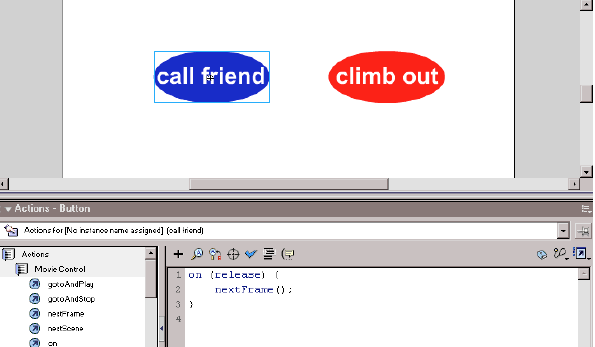 Since this is quite old, I am not sure if a Flash MX tutorial will help anyone, but if you have used Flash and have a version that uses ActionScript 2.0 then this code will still work. The “course” was created after Jade made her interactive story. I was able to re-purpose some Flash tutorials I had written to create this 26-page step-by-step.

I’m also labeling this one as “In the Works” because I would love to re-address this idea and come up with an updated version of this mini course.

FacebookTwitterPinterest Have you ever thought about getting your kids into coding? It may soun ...

FacebookTwitterPinterest Typography: The Art of Letters If you enjoy experimenting with type st ...

FacebookTwitterPinterest Color Wheel (Goethe 1809) A color wheel is a conventional way to class ...