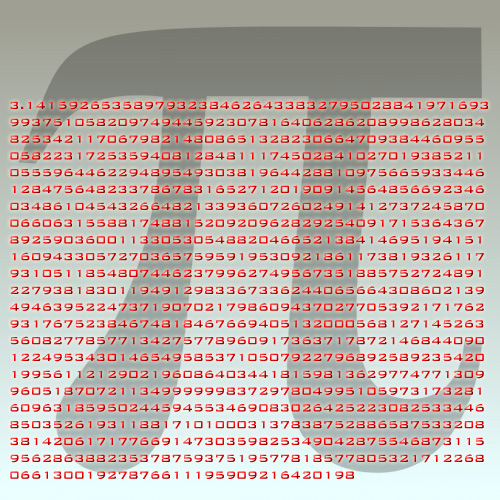 Happy Pi Day! Celebrated March 14 since 1988, Pi Day is an honorary holiday that recognizes the irrational number pi, or 3.14 for short. Pi Day is a golden opportunity to have fun with math and make plenty of pi puns. Eating pie is just the beginning.

Pi is one of the most famous mathematical mainstays in history. It quantifies the constant ratio between the circumference of any circle and its diameter. In other words, the distance around a circle is 3.14 times the distance through its center. Usually abbreviated to 3.14, pi’s true number of decimals is infinite. Computers have calculated pi to more than a trillion decimals, but it just keeps on going.

With no identifiable, repetitive pattern to its numeric sequence, pi is truly an original. Even though mathematicians need a mere 39 decimals of pi to gauge the volume of the sphere that is the universe, people still find it a challenge to try and crack the curious code that has kept pi in the intellectual limelight since history began.

The earliest known appearances of pi took place in ancient Egypt and Babylon where mathematicians recorded pi values that are extremely close to the pi their colleagues use today. A Babylonian clay tablet dating to approximately 1900 B.C. shows a geometrical formula using a primitive pi calculation while the Egyptian Rhind Papyrus from 1650 B.C. calculates the area of a circle using a close numerical cousin to pi.

• The Greek symbol for the letter pi stands for the number pi.
• As an irrational number, pi cannot be shown as a fraction.
• Lu Chao set a world record in 2005 by memorizing 67,890 digits of pi.
• Japanese engineer Akira Haraguchi upped the ante to 100,000 digits in 2006 – it took him 16 hours to recite them.
• No zeros appear in the first 31 digits of pi.
• Pi is present in the human genetic code.
• Pi is part of many geometric formulae that deal with circles, spheres and ellipses.
• Other disciplines, including cosmology, thermodynamics, trigonometry, statistics and mechanics, use pi in common calculations.
• The first one billion digits of pi would extend from central Kansas to New York City.
• When you multiply the height of the Great Pyramid of Giza in Egypt by pi, you get the same number as the measurement of its base perimeter.
• The Greek mathematician Archimedes was among the first in his field to study the possibilities of pi in-depth.
• Using the Greek symbol to represent pi dates to the late 18th century. 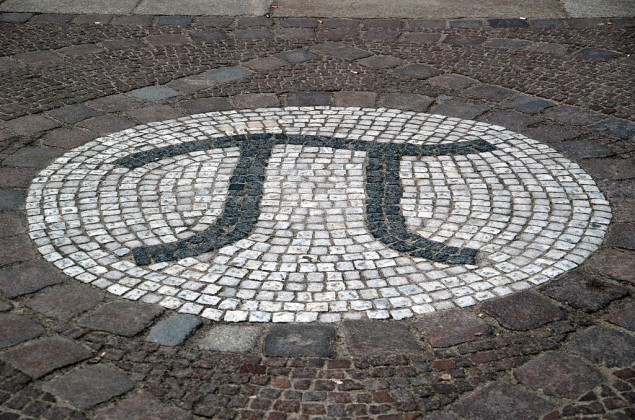 Pi Day Around the World

The first official celebration of Pi Day took place in San Francisco’s Exploratorium museum. Since that party in 1988, Pi Day has taken on a life of its own. People around the globe celebrate the precocious number March 14. In 2009, the U.S. Congress officially sanctioned observance of the holiday.

While the Exploratorium continues to host one of the most famous Pi Day parties, other organizations and institutions have joined in the fun. Pairing pi and Albert Einstein seems a natural way to celebrate the day since the renowned physicist was born March 14. At Princeton University in New Jersey, Pi Day festivities stretch over two days and include a walking tour of Einstein’s former homes, a YMCA “Walk a Pi” 3.14-mile event, and a pi recitation contest.

Be sure to take a moment on Pi Day this year to honor the Pi Minute. It takes place at 1:59, reflecting the first six digits of the number. Next year marks a special milestone for pi, with the date – 3/14/15 – and a specific time – 9:26:53.58 corresponding to the number’s first dozen digits. Until then, polish up your Pi Day acumen with the following activities:

1. Challenge your friends to memorize pi. The person who can recite the most digits accurately at the end of the contest wins a fruit pie.
2. Challenge yourself to the Pi Trivia Game
3. Write a poem in honor of pi and share it with friends at your Pi Day party.

You can also find lots of fun Pi Day Activities on Pinterest: 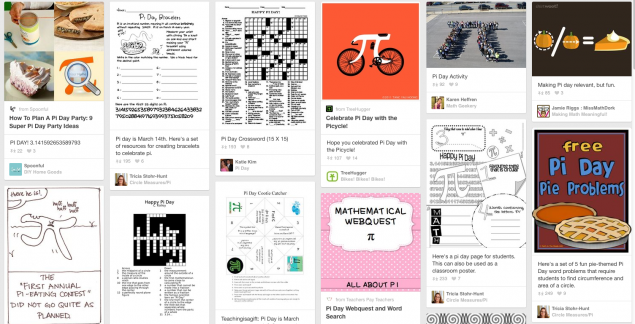